PA House Leader Bryan Cutler on Government’s Role in the Opioid Crisis: ‘Focus on the Results’ 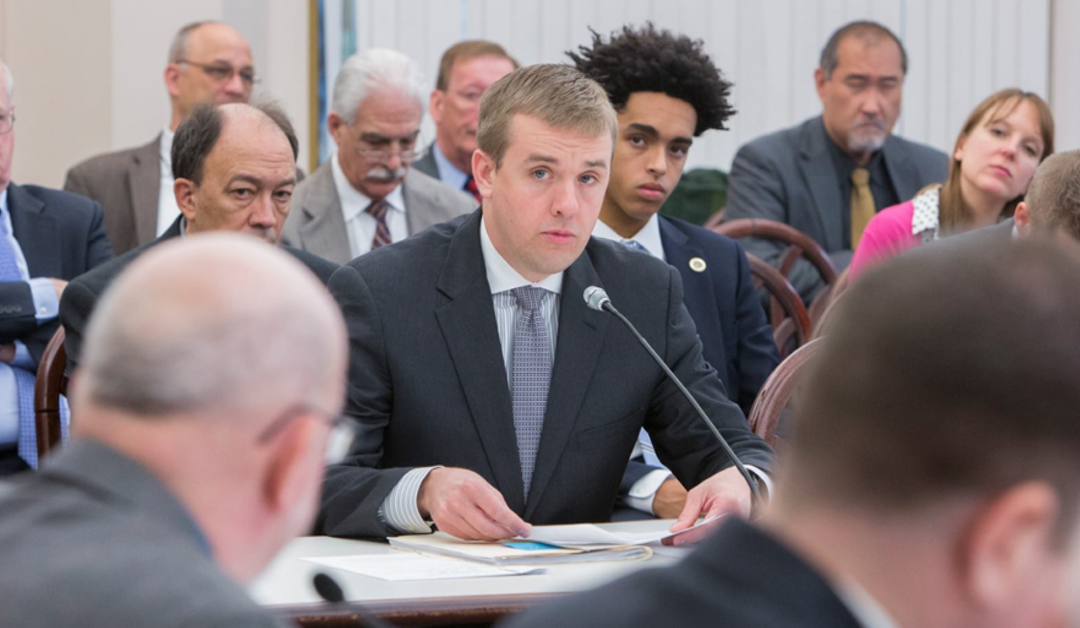 When it comes to the opioid epidemic ravaging Pennsylvania and the rest of the nation, state Rep. Bryan Cutler has a unique perspective.

Not only is he the Majority Leader of the state House of Representatives, Cutler is also a former medical professional who has a keen understanding of health care law.

Cutler, who represents Southern Lancaster County’s 100th Legislative District, is one of only a handful of state lawmakers who can draw on their medical backgrounds when it comes to making policy in Harrisburg. It’s particularly relevant when it comes to the current opioid crisis.

“When I worked in hospitals, we would use Naloxone all the time to counteract narcotics, so it was something I was familiar with even before we had the recent opioid epidemic,” Cutler said. “A medical background certainly does help inform your perspective on this issue, and it certainly helps you understand it better.”

From Managing Pain to Eliminating It

Just as they are in the Senate, Cutler says lawmakers in the House are equally committed to reducing overdoses and stemming the high tide of opioid addiction. His previous work in hospital administration helps him shape the legislative discussions around opioids so policies can be developed that actually makes an impact.

“To go back to the roots of this crisis, you need to understand what helped drive it,” Cutler said. “What a lot of folks don’t realize is that the issue of pain management used to be a federally scoreable event for hospitals. Their scores were affected by patient satisfaction, which, in turn, affected their reimbursement rates.”

In other words, Medicare reimbursement incentives for most hospitals were dependent in part upon the amount of pain their patients were experiencing. Naturally, the more pain they experienced, the less satisfied they were with the care they were being given.

“We went from managing pain to having no pain,” Cutler said. “I think that, in large part, contributed to the rise and increased use of opioids.”

Now that the Commonwealth, like the rest of the country, is in the throes of the opioid epidemic, Cutler said the issue has become a legislative priority for everyone—representatives, senators, and even the governor. Cutler fully expects action on the subject this fall. And he should know. In his capacity as Majority Leader, Cutler is the one who sets the legislative agenda for the House.

“Heading into the budget this spring, we passed some addiction-related support measures as part of our ‘Strengthening Communities and Supporting Families’ initiative,” Cutler said. “Opioid abuse specifically will become part of a wider plan for addressing a number of health issues as we head into the fall session.”

The Senate also introduced a package of bills in June that are still working their way through the General Assembly.

“We just got the Senate package as we wrapped up the budget [in late June],” Cutler said. “There have been a number of ongoing hearings, and some of the House staff, as well as some Senators, were at a round table in York County in early July. There’s still a lot of information gathering and direct impact verification that’s going on. I see that being a continued high priority into the fall and beyond.”

While the House has passed some bills related to safe disposal practices and parental consent, Cutler firmly believes that there is general acknowledgement that more needs to be done in the long term, especially in the recovery world. He said he has nothing but admiration for organizations like The GateHouse, which are on the front lines of the battle against opioid abuse and substance use disorder in general.

“These are the organizations that are currently trying to figure out ways to help transition individuals from being addicted to getting back into society again and being fully healed,” he said. “That, by its very nature, is a very long process, and unfortunately, our health system is not always set up for that, so that presents another very unique challenge.”

State Government’s Role in the Crisis

Lawmakers can only do so much from a policy perspective, Cutler said.

“What it really comes down to is the state’s role,” he said. “And that is to provide funding for treatment and enable access to treatment.”

While the state’s previous budgets have consistently increased funding for opioid abuse and treatment as well as Naloxone for immediate rescue, Cutler sees organizations like The GateHouse playing the primary role in long-term recovery, with state government providing support in the form of funding and new policies.

“Quite frankly, government can’t address everything,” he said. “Individual needs set up a different path for each person in terms of what will work. That’s why we, as policymakers, need to stay focused on the results.”

With the general public becoming more aware and more alarmed by the crisis, more money has been freed up to combat it. This has allowed law enforcement to give it greater attention and has put increased pressure on street-level dealers. This increased awareness, attention, and pressure has been welcomed by the recovery community, but the evolution of the crisis isn’t what most have hoped for.

While dealers are starting to pivot away from heroin and black-market prescription opioids, they’re switching to methamphetamines instead. Cutler said this is a natural progression, which isn’t all that surprising.

“This transition or evolution in terms of alternate drugs—we’ve already been through this once already,” he said. “In many cases, addicts have gone from opiates to heroin. As those things change and access changes, it’s only natural that yet another alternative will be given. It’s a natural evolution, and that brings me back to why we have to focus on the outcomes, not necessarily on a particular path.”

Organizations like The GateHouse should be charting the course for patient recovery, not lawmakers, Cutler said.

“They’re the ones best situated to deal with the actual addiction problem,” he said, “and not on one drug or another. As lawmakers, we look to them to help us shape policies that can aid them in their efforts.”

Like many of the people we’ve interviewed for this series, the subject of addiction is a personal one for Cutler.

“I’ve had friends and family members, unfortunately, who have been affected by this,” Cutler said. “In fact, a good friend of mine, who I used to work with at the hospital back in the early 2000s, committed suicide because of it. Another friend, who I went to church with, actually overdosed. I don’t know if that was intentional or unintentional, but the results were the same unfortunately. So, yes. It’s been very real for me.”

After being elected Majority Leader late last year by the House Republican Caucus in Harrisburg, Cutler addressed the General Assembly, Governor Tom Wolf, and other high-ranking officials on New Year’s Day. He told his fellow lawmakers that they need to do more than just debate issues.

“We need to know one another…learn one another’s life stories in a personal and meaningful way,” he told his colleagues. “I think it’s incredibly helpful to know and understand each other’s stories.”

“My point was that it’s important for us to share our stories and explain why we are here and what has impacted us,” he said. “That helps us to inform each other about what drives our decision-making process. The opioid situation is no different. This one just happens to be much more pervasive and much more personal. I literally don’t know anybody who hasn’t been directly impacted.”