Drug Court: A Beacon of Hope for the Hopelessly Addicted 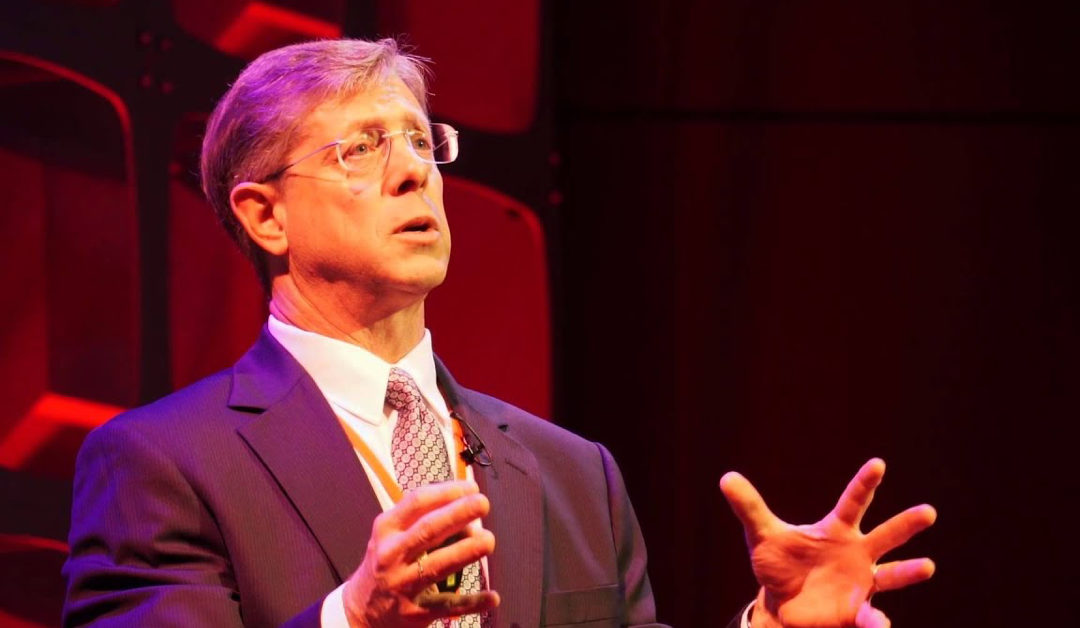 When Lancaster County’s drug court first opened its doors in 2005, no one knew whether the pilot program would meet its many goals or head to the scrap heap of well-intentioned, but unworkable initiatives.

Expectations were high. Drug court promised to improve public safety, save taxpayer dollars, and reduce drug and alcohol recidivism among repeat low-level offenders. Naturally, there were plenty of skeptics.

Fifteen years later, however, drug court has become a Lancaster County institution and a vital part of the community. Not only has it met or exceeded its lofty goals, drug court has transformed the lives of more than 200 graduates of the program, who have gone on to lead better, more productive lives.

For Judge David L. Ashworth, who has served as drug court judge since the very beginning, it’s one of the most professionally rewarding parts of his job.

“It’s tremendously rewarding,” he said. “It’s really neat to see people get their lives back.”

A Program that Works

When it began, drug court was wholly unique within the Lancaster County judiciary. Part treatment program, part support system, and part judicial proceeding, drug court brings together prosecutors, defense attorneys, probation officers, law enforcement officials, social service representatives and the treatment community. These groups work together to provide sentencing alternatives for qualifying offenders who show a demonstrated desire to change their lives and break the cycle of addiction that has fueled their petty criminal behavior.

Unlike typical courtroom proceedings, drug court can often be quite animated. It’s not unusual to hear members of the public cheering from the gallery as participants describe their achievements in recovery. There are tears, too, of course, as people come to grips with what they’ve done and discuss how their lives have changed since they entered drug court.

“The community has really embraced it,” Judge Ashworth said. “And not just the recovery community—law enforcement, the District Attorney’s office, and everybody else. It is clearly recognized now as a program that works.”

Be that as it may, the program is not for everybody.

In a TedX talk delivered in 2015, Judge Ashworth told the audience that drug court is not a “hug a thug” program. Those accused of drug dealing, sexual offenses, or violent crimes are not welcomed into the program. Those looking for an easy way out of jail won’t find it through drug court, because drug court is far from easy, he said.

“It’s a rigorous treatment program that’s designed to give people who want to remain clean and sober the tools to do so,” Judge Ashworth said. “In many cases, it’s much harder than spending time in jail.”

For the people who do take it seriously and spend time working the 12-18-month program, the results are rarely disappointing.

“What’s really neat about drug court is that you get to know these people as people, not just offenders,” Judge Ashworth said. “In many cases, I have come to consider them my friends.”

For the last 10 years, Judge Ashworth has taught about drug court, addiction, and recovery at Franklin & Marshall College.

“Quite a number of the graduates who have stayed involved come back and talk to my classes at F&M,” he said. “And I am routinely going out to high schools in the county and taking a drug court graduate with me. I was recently out at Hempfield and Conestoga Valley, and every year, I go to Manheim Township and talk to 400 freshmen.”

Lancaster County was the 13th county in Pennsylvania to adopt the drug court concept. There are now more than 100 treatment courts across the Commonwealth, Judge Ashworth said.

“When I say treatment courts, it’s the drug court model, but now they’ve expanded it to mental health court and veterans court,” he said. “Philadelphia even has prostitution and DUI courts. It’s all the same concept.”

That’s where recovery centers like The GateHouse come in.

Aftercare: The critical role of The GateHouse

“We have a lot of people who have gone through The GateHouse, and we have worked with The GateHouse since the very beginning,” Judge Ashworth said. “In fact, we have graduates who are working at The GateHouse now as counselors. I was just out at the women’s facility not too long ago, and one of our graduates is a counselor there. Another one worked there for years and has since gone on to get her master’s degree and is making a big impact in the recovery world.”

“There are certain facilities that are approved through county funding, and The GateHouse is one of them,” he said. “Depending on the specific needs of the individual, we will match them up with the appropriate facility.  We have a lot of people, who when they arrive at drug court, they first go into an in-patient program and then transition to a residential treatment program like The GateHouse. We use White Deer Run Cove Forge as the initial in-patient treatment program. When they get out of that facility, often times they’ll go to The GateHouse.”

The GateHouse is actually very well known within the recovery community, according to Judge Ashworth.

“We’re really fortunate,” he said. “Because we have been dealing with The GateHouse for a really long time, if we have an urgent need, very often we can cut through a lot of the administrative stuff and get them in there relatively quickly if there’s a bed available. It’s always tragic when people can’t find the resources. Lancaster County, unlike counties elsewhere, has tremendous resources. The best place to start is the drug and alcohol commission. They can point you in the right direction. Unfortunately, a lot of people don’t know where to start.”

RELATED: Addiction Through the Eyes of the Lancaster County Drug and Alcohol Commission

The Impact of the Opioid Crisis

Although there were at least 1,000 people who could have qualified for drug court in the beginning, the program was only extended to 50 people. Over the years, enrollment has grown to 90 at any given time.

“It fluctuates,” Judge Ashworth said. “We have three drug court officers. We have to be careful not to expand the program too much, because then it just becomes standard supervision, and the individualized treatment part of drug court will get lost. If you lose that, you lose the whole benefit of it.”

One of the reasons the program has expanded, however, is because more and more addicts are seeking ways to get healthy. The attention the opioid crisis has been given over the last few years has placed greater importance on holistic treatment of the individual and on new types of solutions like drug court.

“Those of us who have been involved in the recovery community for so long find it interesting that people are suddenly recognizing it as an ‘opioid crisis,’” Judge Ashworth said. “The reality is that this has been an issue for a long time. Quite frankly, the only reason it’s become so publicized is because people are finally realizing that it’s not just an inner-city issue. It’s not just a minority or low-income issue.”

It wasn’t until it began to impact the middle-class and upper middle-class sectors of society that the opioid problem became a “crisis,” he said. “Addiction affects everybody.”

“Has it become more of an issue since it’s been declared a crisis? I guess yes, because I see young kids whose very first drug of choice is heroin, which years ago was unheard of!” the judge said. “We see a tremendous increase in the number of people who start out with prescription medication and transition to the cheaper heroin when they run out of their prescription. We see a lot more of that than we have in the past. Thankfully, doctors have become more educated about it now, but for the longest time, you’d have a surgery, and a doctor would write a script for 60 oxy and then the person’s off to the races. They become addicted that quickly. Fortunately, that’s changing.”

Recently, however, the influx of deadly fentanyl-laced heroin into Lancaster County has created a shift in the addiction landscape, Judge Ashworth said.

“Tragically, what we’re seeing—and we’re only going to see more of this—is an increasing number of people switching to methamphetamines, rather than run the risk of dying from a fentanyl overdose,” he said. “While Narcan works for heroin, if there’s too much fentanyl in there, they’re dead before the Narcan even has a chance to take effect. The police often find people with needles still stuck in people’s arms, and they’re dead before they can even receive the Narcan.”

Judge Ashworth fears meth is the street drug of the future.

“We’re going to see a huge increase in meth in the coming years,” he said. “It’s going to become even more of a problem. When police roll up on someone taking heroin, they’re usually pretty chill. When they’re all jacked up on meth, though, it’s a much different and more dangerous situation. Instead of a docile heroin addict, the police are now often confronted with a violent person, and it can get very ugly very quickly.”

He said he’s actually had drug court participants tell him they’ve heard about fentanyl-laced heroin, so they “decided to try something safer, like meth.”

“That’s just crazy,” the judge said, “Just because you can’t taint meth with fentanyl—it can’t be cut that way—that doesn’t make it any safer. In fact, meth is just as addictive, if not more so, than opioids.”

While the transition to meth doesn’t diminish the crisis created by the opioid epidemic, Judge Ashworth believes the discussion around street drugs needs to change.

“I think it’s great that we’re raising awareness to the opioid crisis, but I think just focusing on that alone is naïve,” he said. “The conversation should be about addiction to any substance. Any mind-altering substance needs to be addressed. For our 200th graduate, it was alcohol. The addictive behavior needs to be addressed, not just the substance abuse.”

The future of Drug Court

With drug court having proven its worth to the legal community, the law enforcement community and the recovery community, Lancaster County has bought completely in to the concept. And the idea has spread. Judge Jeffery Wright now oversees Lancaster County’s veterans’ court and Judge Margaret Miller oversees the mental health court. Judge Jeff Conrad is currently being trained as the backup drug court judge, and he’ll eventually take over the role when Judge Ashworth retires.

But don’t expect that to be anytime soon.

“I plan on being around for a while,” Judge Ashworth said. “While I am the second-most senior judge on the bench here, I’m not retiring just yet.”