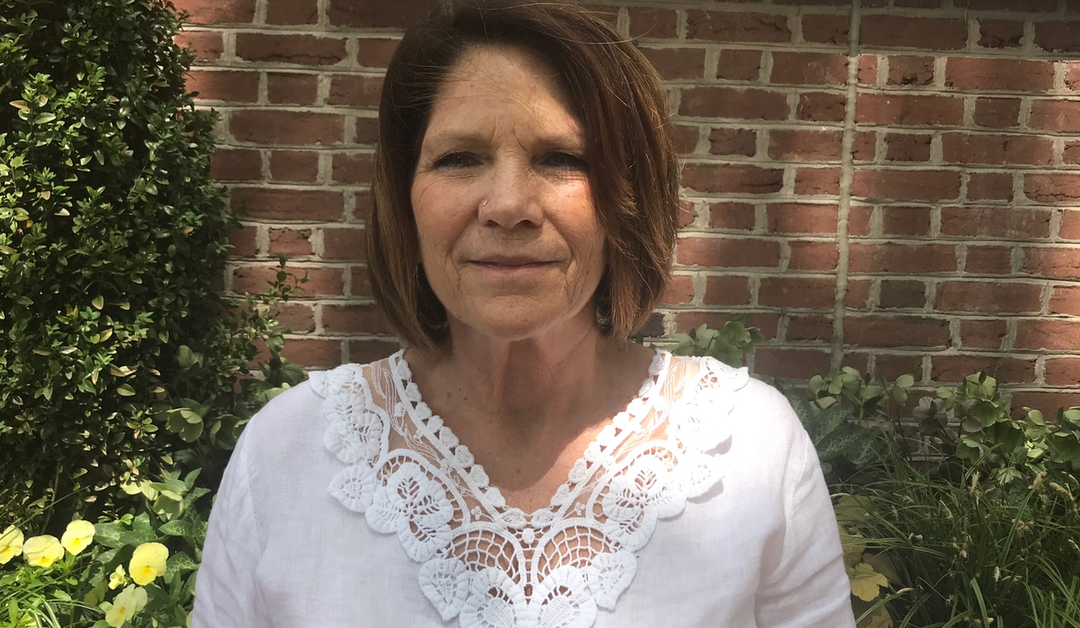 Why can’t you put the bottle down, stop drinking, and take care of your responsibilities?

Growing up, that’s what Lori Fallon remembers thinking about two of her family members who suffered heavily from alcoholism. At the time, she just could never understand how a bottle of alcohol could control someone’s life.

It wasn’t until the Coatesville native was working through her recovery that she realized that she, too, had used alcohol as a coping mechanism growing up. The first time she experienced being intoxicated was in the tenth grade. She remembers the feeling well.

“It gave me empowerment,” she said. “I felt free. I had wings. I could do and talk and be this person I always wanted to be.”

Looking back, she said that while she had the quintessential American childhood, she often felt left out and was never a part of any particular group. This feeling of isolation fueled her drinking and, later, her drug use.

The Transition to Addiction

As Lori grew older, alcohol seemed to follow her through the different stages of her life. She never saw it as an addiction, yet there were signs. For example, as a young adult, she frequently had trouble making it into work after a night out with friends. She just chalked it up to being young and outgoing.

Later on, she married an alcoholic. While the two lived an incredible life together, the alcoholism made him irresponsible and unreliable. She didn’t see it as an addiction. She just couldn’t understand why he didn’t stop drinking.

By all appearances, Lori was a success story. She was married, young, and running a successful answering service company, which she owned. It was a 24-hour-a-day, 7 day-a-week job, but she had the energy. When she needed more, she began recreationally using cocaine.

Eventually, she left her marriage and entered into a new relationship with another successful business owner. Among their bonds: owning their own companies and getting high together.

“We bought a house together,” she said. “We traveled. We had new cars. We had motorcycles and Corvettes. I had fur coats and diamonds. We had a great life—we were kind of the envy of people, but …” She paused for a moment, reflecting.

“He’s the one who introduced me to crack,” she said, “and it just completely took over our lives.”

Once crack took hold of her, Lori’s addictive tendencies began to emerge.

“I was stealing money from his company to feed our crack addiction,” she said. “He threw me out of the house, and I had to sign away half of it.”

Once she was out on her own with no one to answer to, her addiction began to run wild. She entered the drug community where she was given the nickname “white chocolate.” She was notorious for doing just about anything to get drugs.

Although she still owned her business, she was using employee paychecks to fuel her dependency. Inevitably, the bank foreclosed on her property, no one wanted to work for her, and she was out on the streets. Then, she wound up in jail—several times.

While in jail, Lori’s house entered foreclosure, and her significant other died of an overdose. She still hadn’t hit the breaking point, but she knew something had to change.

When she got out of jail the final time, she entered an intensive outpatient program in Philadelphia. Even with all the help, she still had trouble staying clean.

“I did all the things we do to get one more,” she said. “I was glad to be there, though, because I was homeless before, sleeping on someone’s front porch under a dirty mattress. I didn’t even know who lived there. I had the clothes on my back. I remember it was snowing, and I had a pair of flip flops to wear.”

In the meantime, people from her home town were trying to get her to start using regularly again. It was then that something clicked inside. Lori realized there was nothing there for her anymore. She had to move on. That’s when she chose The GateHouse.

Even after all her problems, Lori still didn’t see her addiction as a disease. Nevertheless, she was happy to be getting treatment. At The GateHouse, she found meaning and purpose. She began to work at it, and she began to truly recover. Life for Lori began to improve.

The next step for her was becoming a productive, contributing member of society. That meant finding a job. Going back to entrepreneurship was not even a temptation for her.

“Technology had taken over the answering service industry,” she said. “But I really didn’t want to carry the burden of being a business owner anymore. It just didn’t appeal to me.”

She found and took a position on the production floor at Nissin Foods.

“I was empowered,” she said. “It was my first paycheck in years, and I was able to pay rent and pay for my bus ticket. On Fridays, I treated myself to a Turkey Hill hotdog, an iced tea, and a bag of chips!”

One day, not long after leaving treatment, she discovered The GateHouse was hiring.

“They had a job opening for a part-time recovery specialist,” she said. “I applied for the job and got it.”

From there, she became a House Manager for The GateHouse for Women in Mountville, Pa. She then moved on to GateHouse Transitional Living, where she eventually landed in her current position of Program Coordinator.

For Lori, The GateHouse is more than a recovery residence.

“The GateHouse truly saved my life,” she said. “On a daily basis I would doubt myself, but The GateHouse is still empowering me to be the best woman I can be to this day. They paid attention to me and made me feel special. They never put anyone on a back burner.”

In her role as Program Coordinator, Lori carries that message to others.

“I have a gift that was given to me, and my job is to embrace that gift and nurture it,” she said. “I have the privilege of sharing my experience, strength, and hope with newly recovering addicts, and if I can help one person it’s a successful day.”

During this year’s Extraordinary Give, please join us in ‘Giving Extra’ to our community members as they embark on their journey to recovery and healthy, meaningful lives.

To learn more about Lori’s story and to hear her tell it in her own words, please watch this compelling video: