Fighting the Opioid Crisis and a Pandemic: State Rep. Mike Sturla Weighs In 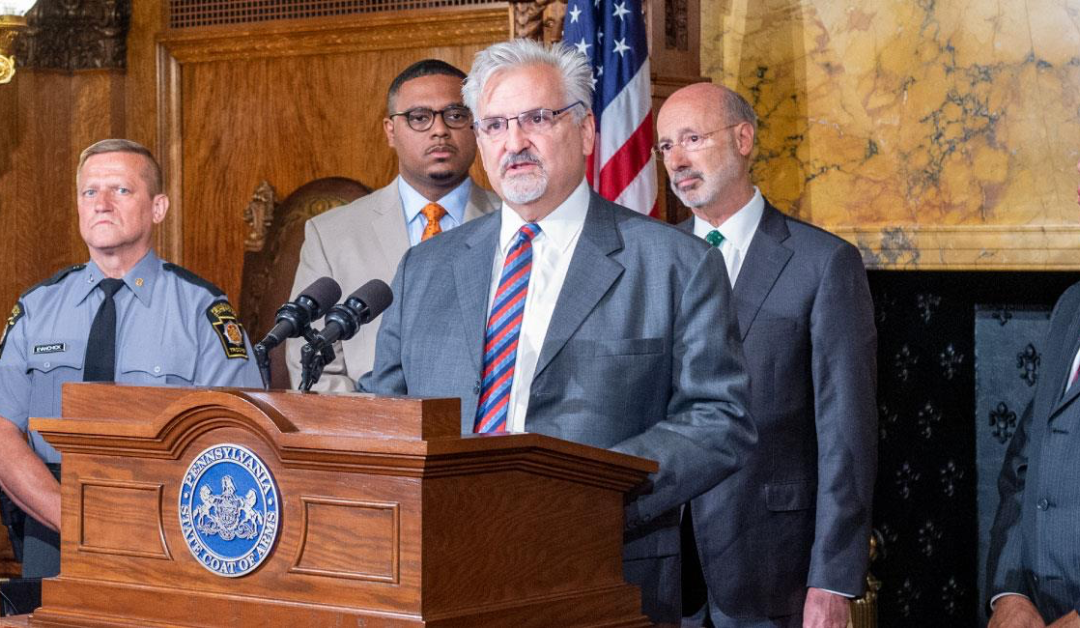 The state of Pennsylvania, along with the entire country, is actively and very visibly fighting the COVID-19 pandemic on a variety of fronts—medically, politically, and economically.

While the effects of the coronavirus have consumed the news cycle and are consistently top-of-mind for Pennsylvanians, the state is still in the thick of a deadly battle against another deadly threat—the opioid crisis.

Here in Pennsylvania, we spoke with state Representative and House Democratic Policy Chairman Mike Sturla to discuss how COVID-19 has exacerbated the effects of the opioid epidemic in our state and what he believes could be done legislatively to provide much-needed support for addiction treatment services across the Commonwealth.

It’s impossible to effectively address the opioid crisis without first having a legislative reckoning on how we fund the resources to combat it, Sturla said. Like all other state-subsidized programs, combating the opioid epidemic relies on state funds to provide life-saving treatments. And in the wake of the pandemic, budget gaps are plentiful and forecasts are grim.

With so much uncertainty around the budget—not only for the rest of this fiscal year but for the next two years and potentially beyond—the dollars that addiction treatment centers can count on is up in the air, Sturla said.

“At the state level, there are several things that could happen,” he said. “For one, the Fed could come to bail out the states and municipalities, and we would all have enough money to say, ‘We’re OK.’”

If a federal bailout of states doesn’t happen, there are only a few options left for Pennsylvania, Sturla said.

“For one, we could cut spending until we can pass another budget next year,” he said. “But I don’t know what kind of businesses or organizations that depend on the state funding could exist like that.”

For addiction treatment centers across the Commonwealth, waiting until next year’s budget is ironed out isn’t really feasible, and Sturla said he understands that. After all, they need to staff their facilities and provide services now, not later, he said.

“That’s the equivalent of telling someone that if they want to seek treatment for opioid addiction, they only have a small window during the year to do so,” Sturla said. “That’s one option, but I don’t think that’s actually an option.”

Even if cutting funding for businesses and organizations in the addiction treatment industry is the path the Legislature chooses to follow, it still wouldn’t be enough to fill the budget gaps, he said.

“There’s a lot of tough choices that are going to need to be made,” Sturla said. “I can’t imagine that we do this with cuts, because you just can’t cut enough.”

Another option would be to raise taxes and only use them to fill in the budget deficit, he said.

“As soon as the numbers get back to where they were in 2019, then the taxes would go back down,” Sturla said. “Everyone is just going to have to pay.”

The only other option, he said, would be to borrow the money the state needs for the next two years, which he said could be as much as $10 billion.

“Assuming someone will lend us that money, that’s going to cost $600 million or $700 million a year [in debt service] for the next 10 or 20 years,” he said. “And that’s how you’d get through something like this. Because Pennsylvania just doesn’t have a rainy-day fund that’s got $10 billion in it.”

For the same reason that businesses are looking to make investments in remote technology to tackle their COVID-19 financial challenges—to cut costs—addiction treatment centers are trying to find new ways to find savings without sacrificing the quality of care and treatment. One idea, for example, is by providing telehealth and telemedicine services, Sturla said.

Unfortunately, ideas like that present significant challenges for treatment centers dealing with bare-bones budgets, because new technology requires new investments. Many of these new ideas are also untested and unproven, as well.

“We’re just not there yet,” Sturla said. And even if we were, he said there are also logistical challenges, such as infrastructure, that would need to be addressed.

“Right now, are people going to go to their local library to conduct a therapy appointment?” Sturla asked. “Because that’s where they’d have access to a free computer. There’s the potential for some savings, but no one knows yet.”

To maintain their level of care, many nonprofits funded through the state must increase their budget requests just to maintain their current level of service, due to the inevitable rise in costs for these organizations. As lawmakers look ahead to the realities of the 2021 fiscal year budget, Sturla said it’s clear many are going to be forced to do more with less.

In the case of The GateHouse and other addiction treatment centers across the State, Sturla said it’s not feasible to ask them to simply reduce the number of treatment specialists who support patient recovery. Nor is it productive to truncate the duration of a treatment program to save money. The results won’t be the same.

“It just doesn’t work that way,” he said.

Despite some differing opinions between lawmakers and both parties about to how to address the opioid crisis prior to COVID, Sturla said both sides continue to agree that more needs to be done to combat the opioid crisis. That’s somewhat comforting, he said, because bipartisan consensus is rare in Harrisburg.

And while new Republican leadership in both legislative chambers might be a cause for optimism, old divisions and party rivalries continue to create barriers and stalemates. When it comes to the opioid crisis or even addiction treatment in general, Sturla said he doubts the new leadership will result in any short-term policy changes.

“The Affordable Care Act expanded drug treatment services to thousands, if not millions of people,” Sturla said. “If the current administration gets a second term, I think we may see the end of Obamacare. But, if the Democrats take over the Senate, maybe we get Medicare for All.”

The bottom line, he said, is that addiction treatment centers probably won’t see any increases in funding until after the election at the earliest. The State is treading water right now, Sturla said, but he is prepared to jump on opportunities to increase funding for treatment centers and the opioid crisis if and when a new occupant takes possession of the White House.

“I tell people, ‘Think about what could be,’ because if we get the opportunity [to increase funding for treatment centers] and we’re not ready because we’re still playing defense, we’ll end up wasting the first few years of a new administration just trying to catch up,” Sturla said. “I want to be ready on day one.”

For more information about The GateHouse or our programs and services, please visit our Services page, or call 717-393-3215.