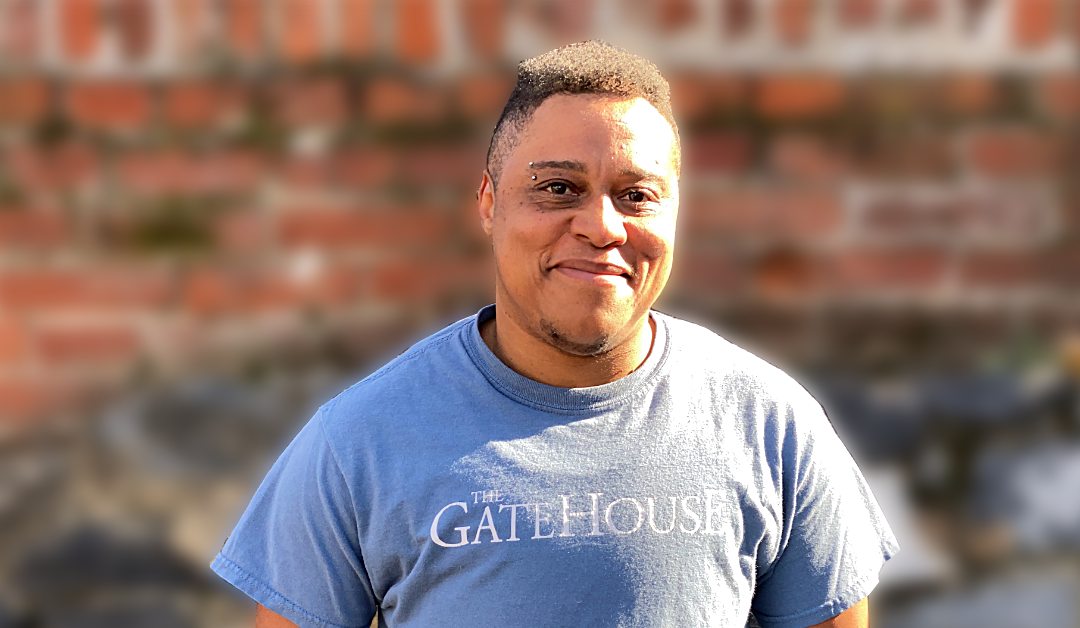 Kendrick spent years living in a vicious cycle of addiction.

“I’d use and lose everything,” he said. “Then, I’d get my life back on track for a few months only to lose it all again.”

Today, Kendrick Westmoreland is the Clinical Director of Outpatient Services at The GateHouse. He also knows what it’s like to be a client at The GateHouse and at the beginning stages of the recovery journey.

His journey is as much a story of his dedication to rebuilding his life as it is his passion for helping others do the same.

From Living the Dream to Surviving a Relapse

When Kendrick moved to Atlanta, Georgia, he was ready to start fresh and break his addiction cycle. He found a great job, bought a house with his girlfriend, and started a family.

“I was living the dream,” he said.

Then, everything changed. One day while filling up at a gas station, Kendrick saw a man along the side of the building looking around.

“I knew that look,” he said. “He came over and asked how much I wanted. My life spiraled down from there.”

Kendrick lost his relationship, his home, and his children. He went from living his dream life to living in a pay-by-the-week micro-motel.

“I started getting high all day, every day,” he said. “I ran out of money and was terrified.”

He called home to ask for money. His mother said, ”no.” Instead, she bought him a bus ticket to return home.

“She told me I had two choices: either get on that bus and get help or stay in Atlanta and get what I get,” Kendrick said. “I got on the bus and within two weeks I was in an inpatient drug addiction treatment facility.”

Building a Foundation for Recovery

Kendrick spent 30 days in inpatient treatment. Then, he came to The GateHouse. The transition wasn’t easy.

“I’ll admit that I wasn’t the easiest client at The GateHouse. I was defiant,” he said. “I thought I knew more than I did and thought I was superior to my counselors.”

When he arrived, his counselors at The GateHouse gave him his welcome packet. He couldn’t bring himself to open it and do the work. It took him over a month to finally complete the packet, but once he did, he started to make progress. He started learning things about himself and his addiction.

“I couldn’t see it then, but The GateHouse helped me build the foundation for my ongoing recovery,” Kendrick said. “I learned the fundamentals. And, I met lifelong advocates, including my mentor and my now-colleagues at The GateHouse, Kristi and Cyndi. Once I left, everything started to fall into place.”

He spent the next year in a recovery house going to three meetings a day. He later found a job and life began to improve. He began to blossom.

Life at the recovery house, however, was rough. Rules seemed to apply to different people differently and the house lacked structure. Kendrick believed that had there been more structure, more people would be successful.

“My mentor at the time held me accountable and gave me the mental structure I needed to be successful,” he said. “I thought that if having structure helped me figure this all out, then maybe I could do the same for others.”

Kendrick Went on to Open his Own Recovery House, Providing Structure to the Addiction Recovery Process

“I began looking for a building for my recovery house,” he said. “As chance would have it, I was living in an apartment below the recovery house I attended. During that time, the existing owner announced she was closing the facility. The recovery house would be empty, so I jumped on it. Suddenly, I had my house.”

Kendrick’s former mentor from The GateHouse found him after learning about his recovery house and began referring clients to him. The recovery house grew and things took off for Kendrick. He began working full time and started going to school, eventually graduating with a bachelor’s degree in behavioral and addiction services.

He ran his recovery house until getting a job at a treatment center in York as a counselor’s assistant under his mentor.

“I was constantly looking for opportunities for promotion,” Kendrick said. “I worked hard and ended up as the Director of Outpatient Services. I did that job for three years. Then, one day, I received a call from The GateHouse.”

Kendrick ended up returning to The GateHouse, this time as a member of the team helping clients establish the same foundation that he once received.

Today, as Clinical Director of Outpatient Services, he pulls lessons from his time in treatment and from running his recovery house to help guide clients at The GateHouse toward their recovery.

“I came to The GateHouse focused on growing our outpatient services and making sure our programs were sustainable,” he said. “This meant creating procedures and policies. It also meant making sure we were using evidence-based programs, interventions and practices.”

When he reflects on his journey from addiction to this point in his recovery journey, Kendrick points to The GateHouse as a turning point.

“The GateHouse helped save my life,” he said. “They gave me the skills and abilities to navigate the recovery process and the life skills and tools to help me grow up. And now, as a member of the team, The GateHouse has given me a chance to give back and help others like me.”

Our incredible team at The GateHouse gives everything they have to support our mission and put our clients on a path toward lifelong recovery.

During this year’s Extraordinary Give, please join us in ‘Giving Extra’ to our community members as they embark on their journey to recovery and to living healthy, meaningful lives.