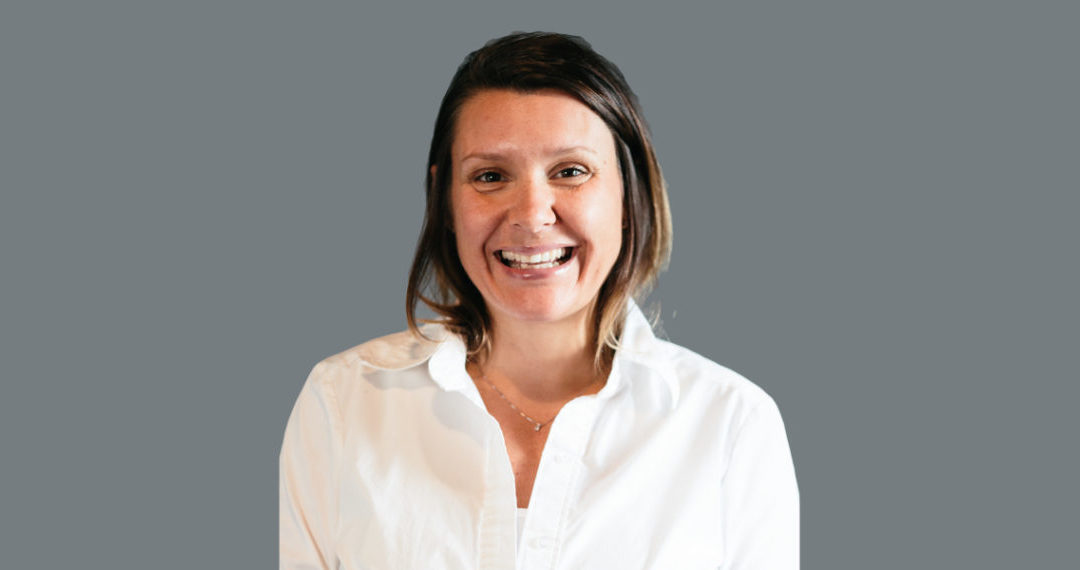 To look at Jodi Holland, the first thought that comes to mind is, Here’s someone who’s got it all together.

Attractive, intelligent, and charming, Jodi is the mother of two daughters, the executive director of one of Pennsylvania’s top recovery and behavioral health organizations, and a natural leader–with a sense of humor and an expressive gift for gab.

The Pittsburgh native will be the first to tell you, however, that it wasn’t always this way. Her life is good now, but it wasn’t easy getting there.

“Recovery has softened me around the edges,” she said recently. “When somebody meets me, or I go to my daughter’s PTA meeting or a parent-teacher conference, they can’t see that I was once a homeless person in North Philadelphia. What they can see is a human being just like them who’s showing up to try and help out or volunteer at their kid’s school. I believe if we take the time to understand and know others, we can lessen the ignorance and stigma that occurs about those who struggle with the disease of addiction.”

The first time Jodi ever tried a narcotic, she was about 9 years old. Her grandmother and her mother gave her a Xanax when she was feeling sick. The memory is still vivid for her.

“I remember the exact moment I felt the elixir of the Xanax they gave me, and I knew that I wanted to feel that way for the rest of my life,” she said. “It was the first time I ever felt safe, free, and just OK to be me. But what that event reinforced in me was that it was never OK not to feel anything. So, at that age, I had the value instilled in me that you don’t ever want to feel–and that something outside yourself can make you feel better.”

From there, she began to descend into an addictive cycle that claims so many young lives today. She met a boy in high school and got pregnant. She married before she graduated, thinking that marriage would “fix” her. Drugs were always near at hand.

“My descent was over a 15-16 year window,” Jodi said. She said the substance abuse started in high school. “From the the first time I drank alcohol until my clean date, I used drugs and alcohol like was my full-time job. I used until everything was gone.”

While Jodi’s story is unique, it’s all too common in a world where opioid abuse has become an epidemic.

“I think I started using heroin when I was about 14,” she said. “By the time I had my daughter at 18, I was homeless, living in a van with a newborn baby, and struggling just to get by. From there, I lost custody of my daughter, and rightfully so, and just lived a life on the streets. I just never wanted to not use.”

Before long, she was living on the hard streets of Philadelphia, always looking for more. Every day was the same. Physically addicted to opioids, Jodi said she would use heroin to feel normal and cocaine to get high.

“It was always about the hustle—just to get through the day and use all day long,” she said. “So many crazy things happen when you’re living that kind of lifestyle.

At that time, I didn’t realize it, but after being clean and doing some work on myself, being able to look back, I mean—having guns pulled on you, getting arrested, being in the newspaper—they were all moments when I said this is not how I want to live my life, but not knowing how to change it. It was a constant hustle always just trying to keep your eyes open.”

One of the worst moments of her life came after her daughter’s father was killed.

“I disappeared for probably a year, and my daughter didn’t know where I was,” Jodi said. “I remember seeing her once after that. It was very brief. I remember trying to leave because I was sick, and I was just annoyed because I wanted to use. I remember her grabbing onto my leg as I was trying to walk down the steps, and in that moment, I literally wanted to punch her in her face. I just wanted to get away, because I hated the way that I was feeling. I remember pulling hard and like peeling her off my leg, and the people that were raising her taking her from me. I remember just getting out the front door and collapsing. It was such an empty moment of my life, –I had become such an animal that even the sight of my wounded child made me rageful.”

And yet, she continued to use. There were moments, though, where reason would break through—moments between the horrors.

The Ray of Hope

The final moment came when Jodi was completely out of options. No longer welcome at most treatment facilities, she was facing a 5-year prison sentence after multiple offenses, when a ray of hope came in the form of the Bethesda Mission in Harrisburg, PA. While it would turn out to be the place that changed her life, her time there got off to a rocky start.

“Well, I came there late, so they almost didn’t admit me. I came there high, which I wasn’t supposed to do. But, being the ‘good’ addict that I was, I figured I needed one more hurrah,” she said. “I came there with open charges, so I knew that I was going back to prison, I just didn’t know when. My first three to four months were very difficult, because I didn’t know how to live. I broke every rule. I snuck out… the police brought me back.”

It was mayhem, Jodi said, but she wasn’t using drugs!

“What I understand now, is that I was doing all those things because I didn’t know how to do anything else,” she said. “The gift that the opportunity gave me was the freedom to make those mistakes and then have the opportunity to learn something different. There were consequences for my actions, but they allowed me to grow up. They loved me. They didn’t shame me.”

The turning point came on her birthday.

A Moment of Clarity

“I felt that I deserved to do what I wanted to do on my birthday,” she said, “but I was on restriction, because I had gotten in trouble before, so I wasn’t allowed phone calls, mail, anything. And I snuck out to meet a guy that I had known when I was using. His mom picked me up and we went to his apartment. He had just been released from prison. While we were there, he went into the bathroom, and when he came out, he had a loaded syringe of heroin.”

That’s when she had her first moment of clarity. She realized she was either going to do something different, or she was never going to emerge from the cycle of addiction.

“I somewhat did something different,” she said with a chuckle. “I didn’t use, but I got into a physical altercation with the guy and the police came and took me back to the mission. I remember sitting in the car with the cop and just thinking, ‘Why do I keep doing this to myself?’”

Jodi was convinced she was going back to jail when she got back to the mission.

“But something spiritually divine occurred,” she said. “When I got there, the executive director was waiting for me. She escorted me into a room and she didn’t say anything. I just started to cry. I just said that I was sorry, and I’ll pack my things and I appreciated the opportunity. She got up and she hugged me, and she said, ‘We don’t want you to leave. We just really want you to do something different. This is your one shot.’”

Things did change for Jodi after that. The year-long program turned into a three-year stay. By the end of her time at the mission, she was counseling other women and was attending college.

Her reunion with her daughter was not easy. In fact, it was terrifying.

“The hardest part was getting a child that I had damaged and trying to not only take care of myself, but to take care of her,” she said. “After we got over the terror, it was exhilarating and empowering, and I knew then that I could do whatever I wanted to do with the rest of my life.”

She firmly believes that it was divine intervention that led her to her current role as executive director at The GateHouse.

“I started working in drug and alcohol, because it was the only field in which someone would hire me because of my criminal record,” Jodi said. “I had tried for a year to get a job in a lot of other different arenas. I had a nursing degree that was null and void because I was a felon and had drug charges and all that stuff. I tried to do a lot of different things and couldn’t, so I ended up in an in-patient facility as a house manager, and I fell in love with serving people, just like people had served me.”

Now with two daughters, one of whom has never seen her use, Jodi says she tries not to live too far into the future.

“I just want to keep being a good person,” she said. “I try to live my life by spiritual principles, and try to raise my children to be kind, spiritually-driven women. To not settle for less than they deserve. To know their worth and their value and to not seek it in others.”

If she had one pearl of wisdom she could provide it would be to “live for today. “

“A lot of us come from places where we think, ‘If I could just do this, and if I could just do that, and if I have this, or do that, then things will be better,'” Jodi said. “At the end of the day, what I’ve really come to understand is that today is the best day I have and I need to pay that forward in everything that I do.”