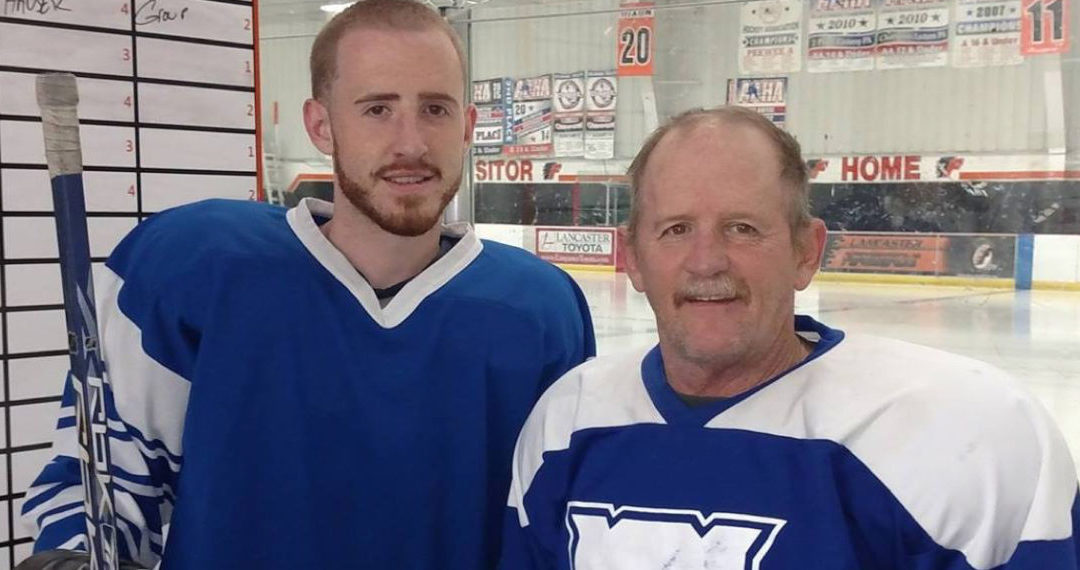 The pain never goes away.

To honor their son, Ann and Rob Barclay are working with the non-profit group, The Leafs Hockey Community Action, of which Rob has been a member for decades. Together, they’re sponsoring the Robby Barclay Memorial Ice Hockey Tournament on April 5 and 6 at Lancaster Ice Rink. Doors open at 6:30 p.m. on the 5th and again at 8 a.m. on the 6th.  Donations collected at the tournament will go to The GateHouse to help the recovering men and women the non-profit organization serves.

Robby never attended The GateHouse or utilized any of its programs, even though the Barclays wish he had.

“By the time we found out about The GateHouse, it was already too late,” Rob said. “Robby had already passed away. That’s why we chose The GateHouse. For what they do.”

The Barclays were very involved in Robby’s life and fought his addiction as best they could.

“We had him in several different rehabs throughout his life,” Rob said. “But we could never find any aftercare—something to get him ready to go back into society and learn how to make the right choices. It was just a struggle.”

By raising awareness to The GateHouse through the memorial ice hockey tournament, the Barclays hope their son will not have died in vain.

“We really hope this helps somebody else,” Rob said. “Robby would have been 30 on March 19.”

Although he battled addiction for the last 10 or 12 years of his life, Rob said Robby was once a youngster who loved ice hockey.

“He played ice hockey from the time he was 5 years old until he was in high school,” Rob said. “He went to Ephrata High School, but he never graduated. He got his GED when he was about 20.”

Before the addiction took hold, Robby was a good brother to his younger sister, Katie.

“They were real close,” Rob said. “Robby was her guardian when they were growing up.”

The addiction began with marijuana, then graduated to pills—“I’m not even sure what they were,” Rob said—but eventually, Robby turned to heroin and his descent began.

“It was just that he got in with the wrong crowd,” Rob said. “We started seeing signs of him going the wrong way, and it just got out of hand.”

Rob said he and his wife hope the ice hockey tournament raises awareness to The GateHouse and helps others who may be facing similar problems.

WHO: The general public

WHY: To celebrate Robby’s life and raise awareness to the services offered by The GateHouse

COST: FREE (donations benefitting The GateHouse will be accepted)