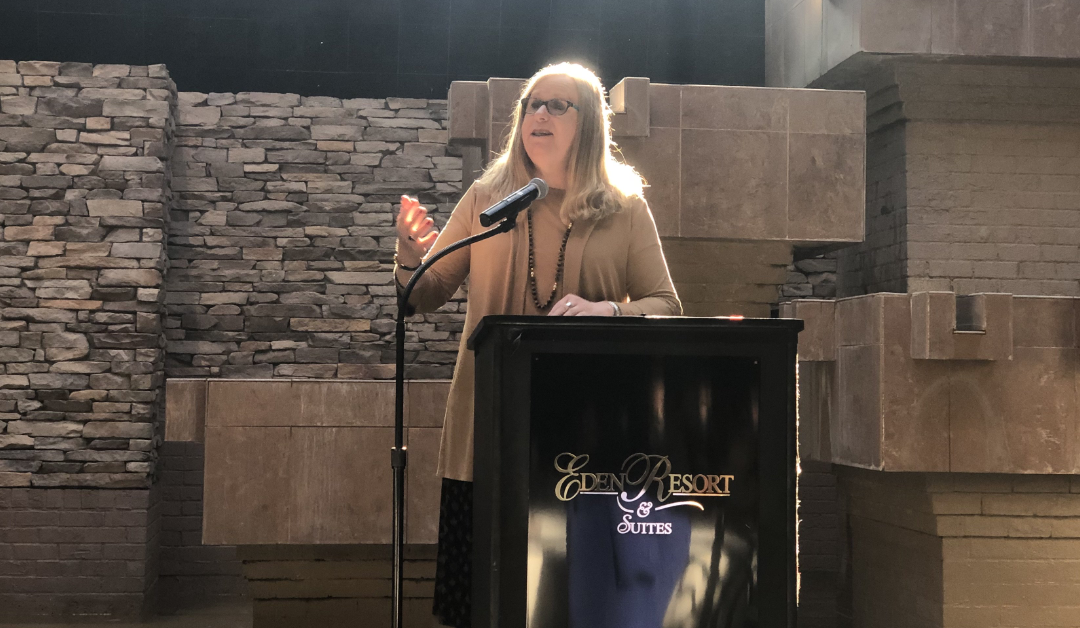 Recently, The GateHouse had the good fortune to sit down with Dr. Rachel Levine, Secretary of the Pennsylvania Department of Health, for a wide-ranging discussion about the opioid crisis in the Commonwealth. Our goal was to learn more about how Dr. Levine, Gov. Tom Wolf, and the rest of the administration are approaching this crisis and what Pennsylvanians can expect from the future efforts of state government.

TGH: Thank you so much for taking the time to speak with us today. To start, can you please tell us the role that the Pennsylvania Department of Health plays in combatting the opioid crisis and how this issue has affected you personally?

Secretary Levine: The opioid crisis really remains the biggest public health crisis that we face in Pennsylvania and the nation. It’s natural for the Department of Health to be very involved in collaboration with all the other departments in terms of this effort. If you actually look across the country, many public health departments—in fact most—have been very involved in this.

I am the president-elect of ASTHO, the Association of State and Territorial Health Officials, and this is one of the issues that we talk about at our meetings all the time. The only thing from a professional point of view is that my field is adolescent and adult medicine, so I trained in pediatrics with a fellowship in adolescent and young adult medicine, and so my whole career has been involved with the intersection of medical issues and behavioral health issues. So, the opioid crisis, from a professional point of view, is right up my alley.

I started and ran the adolescent medicine and eating disorder program at Penn State Hershey, and we saw lots of patients with substance abuse issues even though it wasn’t a substance abuse program.  Again, professionally, that intersection of medical issues and mental health issues has really been the focus of my whole career.

Secretary Levine: It has changed it completely. Gov. Wolf’s Opioid Disaster Declaration was announced in January 2018, so we’re actually approaching the second anniversary of this. These are 90-day disaster declarations, and actually, this week (Dec. 3, 2019), the governor renewed that declaration for the eighth time. This declaration has allowed us to form the Opioid Command Center, which meets weekly at the Pennsylvania Emergency Management Association. It’s this unique collaboration of 16 or 17 different state agencies, including the state Attorney General’s office and the High Intensity Drug Trafficking Association, which is through the federal government, all meeting every week to look at the opioid crisis from all of our different perspectives. That includes the health and human service agencies, the Department of Health, the Department of Human Services, the Department of Drug and Alcohol Programs, the Department of Aging, and then you have the perspectives of public safety and law enforcement, including the Pennsylvania State Police, the Pennsylvania Department of Corrections, the Pennsylvania Commission for Crime and Delinquency, the AG’s office as I said, and then other agencies—for instance, Education, Military and Veterans affairs, Labor and Industry—who are all looking at the opioid crisis and collaborating our responses. So, I think that that has been a game changer, in terms of the state’s addressing the opioid crisis.

TGH: As early as 2016, when you were the Commonwealth’s Physician General, you had called for an “all-hands-on-deck” response from state government to combatting the opioid crisis. How do you think the government—both the Wolf Administration and the state Legislature—has responded since then in your opinion?

Secretary Levine: This has been a priority of Gov. Wolf’s since the beginning of his first term. Our term started in 2015. The inauguration was on a Tuesday and that Wednesday was the first meeting at the Governor’s policy office on the opioid crisis. This has always been a priority for Gov. Wolf, and his leadership has been absolutely key. The Department of Health has been collaborating with other agencies since the very beginning, but it focused on health and human service agencies. The disaster declaration broadened this to help foster collaboration with public safety, law enforcement and other agencies. The “all-hands-on-deck” approach has absolutely been key.

We also collaborate with the Legislature. This a completely non-partisan issue and the Governor has always been working with the Legislature. We also collaborate with counties and communities, with other states, as I mentioned ASTHO, and then of course, the federal government. We might have many disagreements in terms of federal policy, but actually in terms of the opioid crisis, we have had very good collaboration with the U.S. Department of Health and Human Services, particularly SAMHSA (Substance Abuse and Mental Health Services Administration), and of course the Centers for Disease Contro (CDC), and then robust funding from the federal government as well.

TGH: Lancaster County District Attorney Craig Stedman recently told us that he believes one of the answers to the opioid crisis isn’t just recovery, but long-term recovery. He told us, “Short-term recovery just doesn’t give the brain of a heavy heroin user the time it needs to recover from acute addiction.” Do you agree with him, and if so, are there any initiatives or legislative proposals that would make the path to long-term recovery clearer for opioid addicts?

Secretary Levine: I like the comments in terms of the issues with the brain. The Surgeon General of the United States has called addiction “a chronic relapsing neurological disorder.” I think that that is a very good description. As you know, there are particular brain changes, circuit changes that occur with substance use. I think that, from my perspective, we need to view addiction as a medical condition, and certainly not as a moral failing, and even more so as a chronic medical condition, and particularly as a chronic, potentially, relapsing medical condition. Long term recovery needs to be viewed in that context.

We’re certainly in favor of all forms of treatment, and the treatment needs to be individualized to the specific patient.  For many, if not most patients with opioid use disorder, we’ve been devoting our resources—and this is in full agreement with the federal government, SAMHSA and the CDC—on emphasizing medication-assisted treatment. Those medications can include methadone or buprenorphine medications, such as Suboxone, although there are other brands. And then, long-acting Naltrexone or Vivitrol, which works in a different way. I think you’ll find that most patients with opioid use disorder are going to do best with medication-assisted treatment, and we have expanded that availability through the Centers of Excellence, through the department of Human Services for patients predominantly on Medicaid, as well as through another program the Department of Health has sponsored called PAC-MAT, which stands for Pennsylvania Coordinated Medication Assisted Treatment. And so, I think the idea is that the medication allows the brain the time it needs to heal and to try to prevent that type of relapse.

There are a lot of unanswered questions in terms of medication-assisted treatment. One of them, of course, is how long should the medication be continued. There are a lot of different responses to that. Unfortunately, we don’t really know. There aren’t biological markers about which patients can be weaned off the medication and which patients can’t. So, that’s a decision between the patient and his or her physician.

TGH: Do you think enough is being done by the General Assembly to combat the opioid crisis? What more could be done by Pennsylvania lawmakers, in your opinion, to combat opioid use disorder?

TGH: What would you like to see done in the short-term to alleviate some of the bigger problems that are still outstanding with the opioid crisis?

Secretary Levine: Legislation that we’re going to be pushing in 2020 is the Syringe Service Program (SSP) and traditional harm reduction. Now, I want to draw a distinction between the Syringe Service Program and what Philadelphia was recently discussing, which is safe injection sites. That’s a whole other thing. SSPs have been available in the United States for decades. In fact, Philadelphia and Pittsburgh have had theirs for almost 30 years. Technically, however, SSPs are illegal under Pennsylvania law, and so they’re not able to be formed legally in other parts of the state. So, as strongly supported by the Department of Health and Human Services federally, as well as the CDC, we want to legalize SSPs and traditional harm reduction in Pennsylvania so that syringe service programs can start in other local areas. SSPs have been shown through many studies to be helpful in preventing HIV, preventing hepatitis, as well as serving as an access point to treatment, to getting Naloxone, and as an access point to referring people for treatment, and particularly medication assisted treatment. Our new initiative will be the legalization of syringe service programs.

Editor’s note: According to the CDC, “Syringe services programs … are community-based prevention programs that can provide a range of services, including linkage to substance use disorder treatment; access to and disposal of sterile syringes and injection equipment; and vaccination, testing, and linkage to care and treatment for infectious diseases.”

TGH: What about long-term aftercare programs like those offered by The GateHouse? Where do they fit in?

Secretary Levine: There are three pillars to our response under the disaster declaration. The first is Prevention. That includes school-based prevention, that includes community-based prevention, and then the work that I have done with the medical community, which I call “opioid stewardship.” The second pillar is Rescue. And that, of course, involves the medication Naloxone. And then the third pillar is Treatment and specifically, treatment leading to recovery. Our emphasis with opioid use disorder has been with either what you call “medication assisted treatment,” or “medications for opioid use disorder (or MOUD).” That is obviously where our emphasis has been.

There are other drugs, however, which are threats on the horizon—particularly methamphetamines and cocaine—which require adjustments to our response. It’s an ever-changing landscape in the Opioid Command Center, but under the leadership of Gov. Wolf, we’re going to be right there helping the state address this crisis.

Dr. Levine graduated from Harvard College and the Tulane University School of Medicine. She completed her training in Pediatrics and Adolescent Medicine at the Mt. Sinai Medical Center in New York City. She joined the Wolf Administration in 2015 as Physician General, and in 2017 was named Acting Secretary of Health, before being confirmed as Secretary of Health in 2018. She is currently a Professor of Pediatrics and Psychiatry at the Penn State College of Medicine and a Fellow of the American Academy of Pediatrics, the Society for Adolescent Health and Medicine, and the Academy for Eating Disorders. You can learn more about her here.