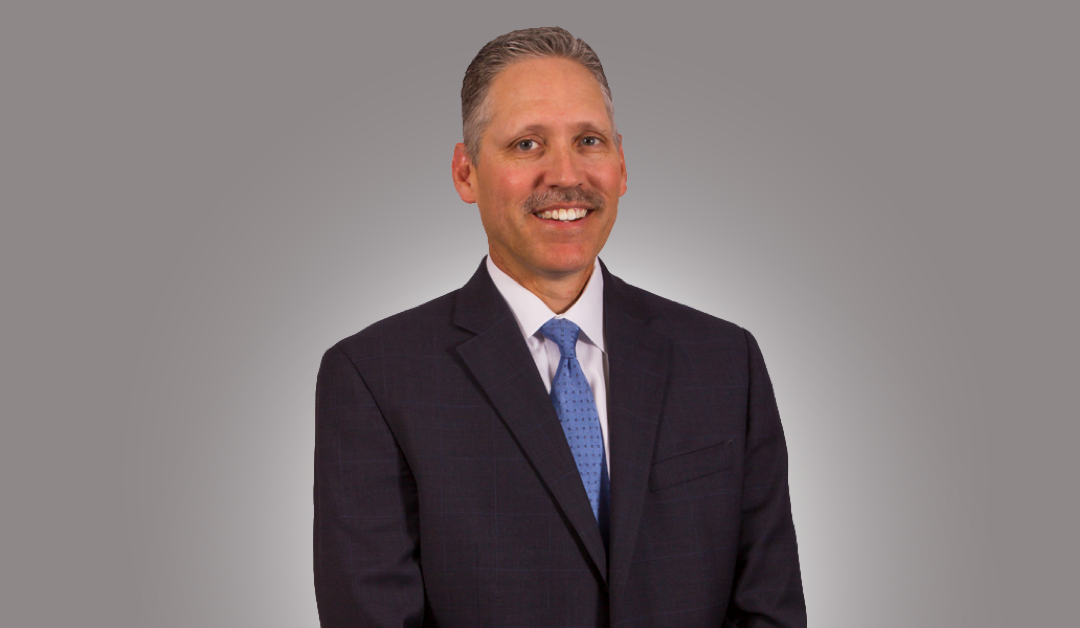 When Craig Stedman began his career as an assistant district attorney 28 years ago, the drug epidemic facing the country was crack cocaine. Heroin or opioids weren’t even a close second.

“You could count on one hand how many heroin cases we had,” he said recently. “Even at the beginning of my term as DA in 2008, we didn’t have as many opioid problems as we do today. In the past five years, we’ve just had an absolute explosion in heroin cases and heroin-related deaths.”

From his position as the county’s top law enforcement official, Stedman sees the impact arrests and convictions are having on the local illicit drug market. Unfortunately, he said, the problem isn’t going away—it’s just going in a different direction.

Just recently, for example, the Lancaster County Drug Task Force captured a long-time heroin dealer who was selling cocaine and methamphetamines. He had no heroin on him.

“We asked him, ‘You’re a heroin dealer! What are you doing with this stuff?’ He said, ‘Look, dude, I’m not catching a body in Lancaster County.’”

Stedman said dealers aren’t giving up, they’re just adapting to changing conditions. Fentanyl-laced heroin is killing people in high numbers, and drug dealers know that if what they sell kills someone, they’re going to jail for a long time.

“And they’re not willing to take that risk,” he said. “So, while we’re definitely making a difference from an enforcement perspective, I’ll be the first to tell you—and I’ve said this a million times—we are not going to arrest our way out of this problem.”

“And not just treatment—long-term treatment,” he said. “Short-term rehab just doesn’t give the brain of a heavy heroin abuser the time it needs to recover from acute addiction.”

“As a country and as a county, we need to invest in long-term treatment,” he said. “As a heroin addict, you don’t go into a 15-day rehab and expect everything to be just fine. Heroin addicts are going to struggle with this the rest of their lives. Thankfully, organizations like The GateHouse understand that. They treat the whole person, not just the symptoms of the addiction.”

“So far, unfortunately, I haven’t seen a willingness to do that, so you’re getting this revolving door,” he said. “These people think they’re fine because they’ve been told they’re fine, but they’re not fine. They’re heroin addicts, and their brains are wired that way. It’s science. They need the right tools.”

The Paths to Addiction

Although his focus is on the adjudication of crimes, Stedman said he’s learned a lot about addiction during his time as a prosecutor. He said he sees two typical paths to opioid addiction.

The first is through prescription medication.

“We’re learning that some people are more biologically prone to addiction than others,” he said. “After a surgery, two people might go and get an opioid prescription. One of them might say, ‘I never want to use that stuff ever again.’ The other might say, ‘This is the greatest feeling I’ve ever had. I never want to stop.’ At that point, it’s no longer a choice. It’s an addiction.”

The second path is the “gateway path.”

“That’s the more traditional one, and unfortunately, it’s the one a lot of heroin users take,” he said. “They start with alcohol, or marijuana. They’ve got the biology, they love the high, so they start using or drinking more and more, and they find out they can’t recreate that high they crave. So, they switch to cocaine, and the same thing happens. At first, they’re like, ‘Oh, this is awesome,’ but then they become tolerant to it. Now they’re using cocaine all the time to recreate that high, and it doesn’t work. That’s when they switch to heroin.”

Had they never been exposed to the drug, they would probably be fine living their entire lives never having a concern about it, Stedman said. Once they’re exposed, either through experimentation or prescription, it takes over their lives—and the lives of those around them.

“It doesn’t just damage the person who’s using,” he said. “It destroys everyone who cares about them. It’s this huge wake. The family keeps trying, and they can’t get them to get help. We actually did a public service announcement with a couple of mothers who lost their kids. It’s gut-wrenching stuff. It’s horrible.”

Beyond Arrests and Convictions

Stories like these are why he’s tried to find new and innovative ways to address drug crimes before they start. A few years ago, Stedman hired community outreach coordinator, Sarah Fritz. It was the first hire of its kind in the history of the Lancaster County DA’s office.

“She’s not a lawyer, and she’s not a police officer,” he said. “She’s a civilian. Her whole focus is on building relationships within the county and within the school systems to further the goals of outreach, prevention, and education.”

While she has addressed bullying, pornography, and other social ills affecting the county’s youth, Stedman said Fritz’s primary outreach efforts have centered around drugs.

“Again, we’re not going to enforce our way out of this,” he said. “We need to be much more proactive, and that’s why we’ve really tried to think outside the box—beyond arrests and convictions.”

“Since one of the key pathways to opioid addiction is prescription drugs, we’ve taken forfeiture money and bought little lock boxes to hand out,” he said. “They have little combinations on them, and they’re designed to encourage people to lock up their prescription medications.”

“A lot of people who have surgeries and are prescribed controlled substances don’t even think about it,” he said. “They take them home and put them on the top shelf of their medicine cabinet and forget how dangerous they are.”

The lock boxes are a way for people to make sure these medications are secured.

“This is a tangible way to do something proactive,” Stedman said. “If it saves one life, it’s worth it.”

One of the big issues facing law enforcement is what to do with offenders once they’ve been caught. In Lancaster County, whether to prosecute a case or refer it to a diversionary program is determined on case by case basis, Stedman said.  Sometimes it’s an easy decision, sometimes it’s not.

“The guy who sells heroin for money to people he doesn’t know, and someone dies, he’s going to be treated a whole lot worse than two heroin addicts who were friends and users together and one gives it to the other and that person dies,” Stedman said. “They’re just completely different situations.”

Lancaster County law enforcement reserves its harshest penalties for what Stedman calls “predator dealers.” But not everybody falls into that category. About 22% of the DA’s cases are sent to some sort of diversion or treatment program, whether it’s ARD or a treatment court like drug court, mental health court, or veteran’s court.

“We’ll try to find the right court for the right person,” he said. “Obviously, depending on what the crime is, we have to find the right balance. If a heroin addict broke into someone’s home, for example, there has to be accountability for that.”

It’s tough, because not every case is easily sorted out.

“Many of these people are not bad people,” Stedman said. “They don’t have evil intentions. They’re just addicts. It’s no different than any other disease.”

While Stedman has ultimate authority over how a case is handled in Lancaster County, he doesn’t make the decision himself, he said. Whether a case involving substance abuse is prosecuted or sent to a diversionary program depends on a variety of factors and a variety of input.

“All the programs have teams, so I’ll listen to what the team recommends,” he said. “We also have to talk to the victims. That’s very important. If it’s a victim crime—DUI, personal injury, or something else—we’re going to want to get their input. We also rely a lot on input from the police officers who have often dealt with these people before.”

It is unlikely, for example, that a predator drug dealer would find his way into a treatment court. On the other hand, someone with ties to the community who has slowly descended into criminal behavior as the result of a substance dependence might have the opportunity to enter a diversionary program.

“We’re looking for people who have a chance of success,” Stedman said. “We also look at the drug. Obviously, the marijuana dealer is going to have a better chance of getting more lenient treatment than somebody who’s out there selling fentanyl. With the people selling fentanyl, you know somebody’s probably going to die.”

People who commit sexual offenses are statutorily prohibited from entering diversionary programs, so they’re not even considered, he said.

“We also have a modified track,” Stedman said. “It’s not necessarily a diversionary program, but it’s not a straight guilty plea, either. If you complete the appropriate program, we’ll drop the felony and you’ll just have a misdemeanor on your record. For some of the cases that are in the gray area, a modified track usually works well for everybody involved.”

The Pursuit of Justice

When it comes down to the final decision, however, Stedman said he and the team are asking themselves one very important question: “What should happen here?”

Stedman said it’s important to treat everyone as an individual.

“They’re not just numbers in a case file,” he said. “The victims are people and the defendants are, too. We’re just tasked with the job of determining what’s going to be the best long-term outcome for the community. If the team can sell me on a case, and they want to take a chance, then I’m not afraid to do that. Sometimes it backfires. Sometimes it doesn’t work.  Unfortunately, nobody gives you a crystal ball.”

While the DA’s drug task force is bringing in more drug-related criminals than ever before, Stedman said more work needs to be done. Drug-related deaths are everywhere—even in places you’d least expect them.

“We just had a case a couple months ago, where we had a death in prison and made arrests,” he said. “A couple of guys who were picking up trash on work release arranged to have someone put heroin out for them. They brought it back to the prison, and one guy died. Another guy almost died.”

Tragedies like these often leave Stedman shaking his head.

“I think we need a stronger word than ‘addiction,’” he said. “I don’t think that word captures it enough. If you put an axe and some heroin on the table in front of some of these addicts and say, ‘If you take the heroin, we’ll chop your hand off,’ they’re not even going to think about it. They’re going to tell you to chop their hand off. They can’t even think straight. It’s just completely taken over their brains. That’s why I really appreciate the work that organizations like The GateHouse are doing to try to help people.”