The GateHouse at Riverview Tower: A History 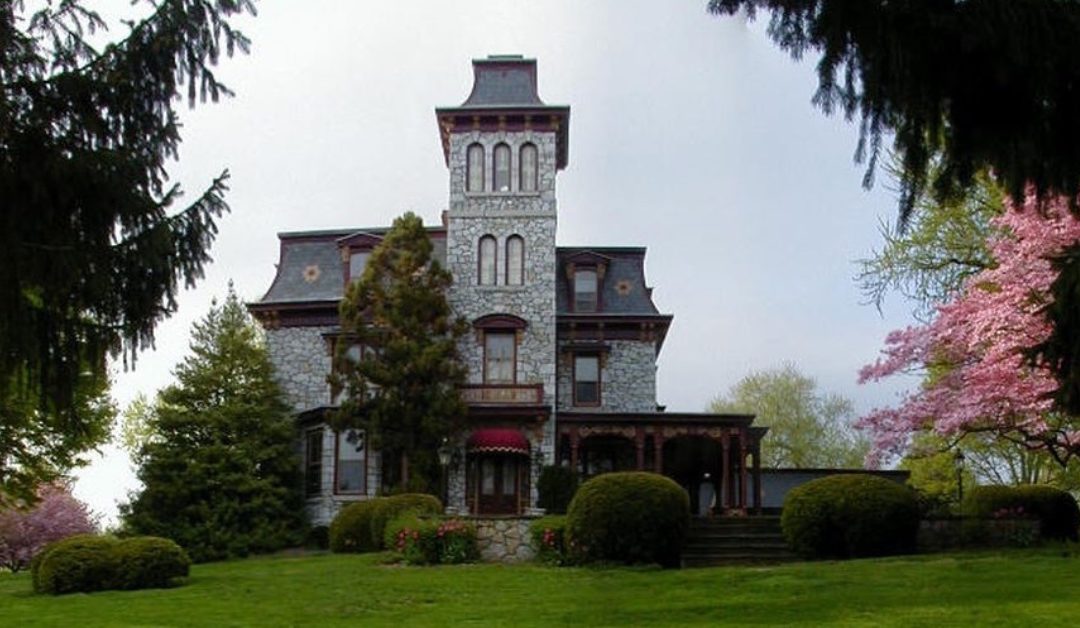 When The GateHouse at Riverview Tower opens its doors at the end of this year, the majestic limestone mansion that sits on seven sprawling acres in Marietta will be transformed into a new home for women in recovery who are working to rebuild their lives.

The women living there will be the latest in a long line of residents who have occupied the tower since its final construction in 1876. From the son of an ironmaster, lawyer, and ambassador to a colonel, a dentist, and a family with a deep love of architectural history, the occupants of Riverview Tower have engaged in a tradition of service that stretches back for generations.

Artist Thomas Hermansader memorialized Riverview Tower in one of his paintings.

A Mansion Forged from Iron

Construction of Riverview Tower commenced in 1873 and was completed in 1876—the year of the U.S. Centennial. The estate was  built by lawyer and industrialist Henry Miller Watts as a wedding gift for his son, Ethelbert.

Henry, whose grandfathers both served as Revolutionary War generals, was a founding member of the Union League of Philadelphia, which was established to support the Union and the policies of President Abraham Lincoln.

After graduating from Dickinson University in 1824, Henry began a career in law, before moving up the ranks of the U.S. government and ultimately serving as the U.S. Ambassador to the Austrian Empire in 1868. After being recalled from duty by President Harrison in 1869, Henry returned home to Pennsylvania, where he pursued pre-existing business interests in iron and coal. He found his way to Marietta, PA through his company, Henry M. Watts & Sons, which had previously taken ownership of two Marietta iron furnaces bordering the Susquehanna River in 1867.

Nestled into a corner at the crossroad between routes 23 and 441, the hill upon which Riverview Tower sits is known to this day as “Ironmaster’s Hill.”

Throughout his lifetime, Henry traveled extensively with his wife and nine children, living in different areas of Pennsylvania as well as in France and Germany. It was Henry’s time in Austria that most influenced the design of Riverview Tower.

From the ornate Mansard roof tower and Italianate design all the way down to the decorative medallions that adorn the ceilings, Riverview Tower blends the best of Italian, French, and Victorian architecture. Measuring more than 9,000 square feet in total, the mansion features 15 rooms and a three-story tower with panoramic views of surrounding mountains that can be seen through stunning glass walls. 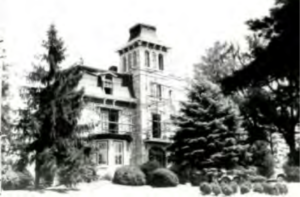 Ethelbert and his wife, Emily, took possession of the mansion five years after they were married in 1871 and lived there with their four children. Emily died in 1885, and when Ethelbert remarried 10 years later, the estate was sold to Colonel James Duffey, the son of a local industrialist. Riverview remained with the Duffey family until the 1940s, when Dr. William S. Simons, a local dentist, and his wife, Catherine, took ownership of the property. After they passed away, Catherine’s sisters lived in the mansion from the 1960s to the early 1970s.

In 1974, the house was sold to Andrew Staubach, a York County resident who never actually lived in the home. Over time, the vacant, once-glorious mansion deteriorated.

A Return to Victorian Splendor

Fortunately, Riverview Tower was restored to its original grandeur when Joyce and Donald Hershey purchased the property in 1981. The Hersheys kept many original features during the rigorous remodeling process, including carved wooden door knobs, gas chandeliers, copper and silver door knob plates, wooden shutters, and oak and walnut patterned floors. The limestone exterior required re-pointing and the roof was re-slated under Joyce and Donald’s supervision. 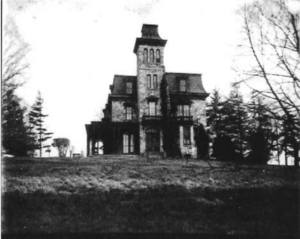 An early photo of Riverview Tower in Marietta, PA

The Hersheys also transformed dirt floors into luxurious amenities such as a second kitchen, a game room, a fitness room with a sauna, and a canning cellar.

The first floor, with magnificent 12-foot ceilings, includes a front hall, six fireplaces, a butler’s pantry, and a parlor. The library includes a macabre holdover from the Victorian era—a coffin door that was used to remove people who died in the house.

The third floor features a ballroom and a sitting room with a stairway leading to the tower.

Once the Hersheys bought Riverview, locals often referred to it as “the old Hershey Mansion.” But for the couple, living in the historic estate was about more than just filling it with beautiful objects. They carried on the tradition of service by converting the garage into the very first venue for the Lives Changed by Christ Church (LCBC), which the couple co-founded with several others. After years of joyfully listening to their grandchildren’s laughter filling the great mansion, the couple sold the estate in 2008, after making the difficult decision to downsize.

A New Era, A New Start

Since it was purchased by The GateHouse in 2018, the inside of Riverview Tower has undergone a number of renovations to accommodate its incoming residents. The changes will not, however, adversely impac

Riverview Tower’s newly renovated office building, where residents will meet with their counselors.

t the spirit of the Victorian era the estate represents. The GateHouse recognizes the historical significance of the property, and is committed to preserving its many notable features, including its limestone façade with the daisy motif as well as its arched windows, slate rooftops, and tranquil gardens.

In fact, it’s fitting that Riverview Tower will soon be home to The GateHouse for Women. Once a present from a father to his son and daughter-in-law and later inhabited by many who served their country and community, the mansion now offers a different kind of gift—a new start for women fighting hard to overcome addiction and who ultimately desire to give back to the community themselves.

At the end of 2019, The GateHouse at Riverview Tower will officially open its doors to women eager to start the next phase of their lives. In the meantime, come take a tour of this important piece of Pennsylvania’s past and future at our Grand Opening Celebration on Oct. 24. Together, we will begin to write the next exciting chapter in the history of Riverview Tower.

Interested in sponsoring the Grand Opening event on Oct. 24, 2019?

Interested in making a memorial donation to The GateHouse at Riverview Tower?