The GateHouse Turns 50: an Anniversary Story with Robin Skiles 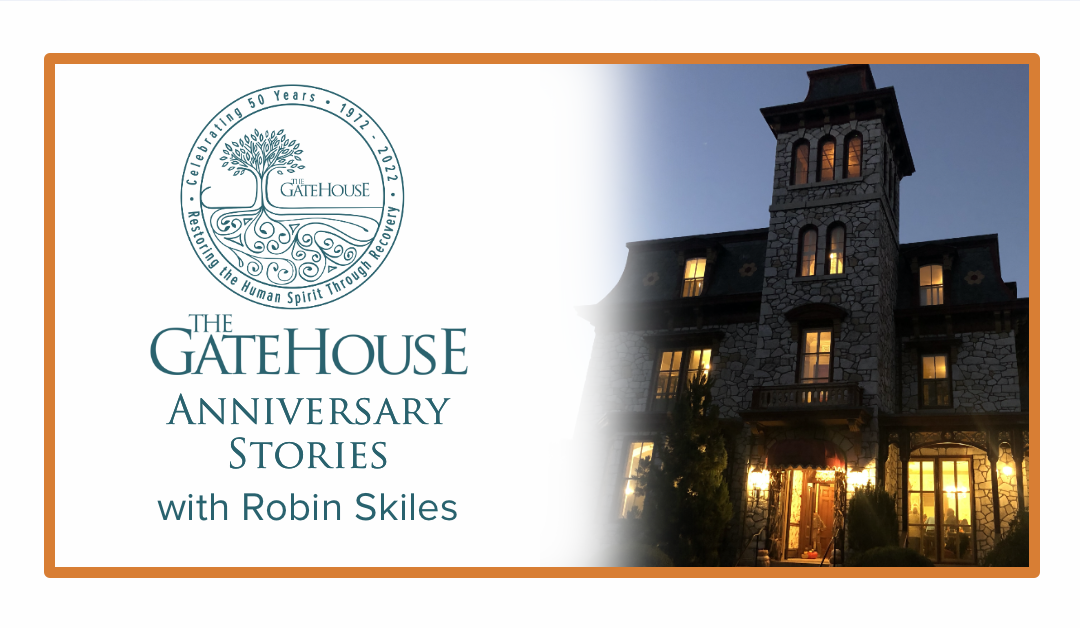 As The GateHouse celebrates its 50th year of helping people find their path to recovery, it’s only fitting that we shine a light on the many individuals credited with building and strengthening the organization that has helped to reshape so many lives.

To that end, we begin with Robin Skiles, former Executive Director of The GateHouse, along with a remembrance of his mentor and predecessor, the late Bruce Caldwell. 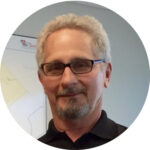 Robin Skiles first came to The GateHouse in 1982 as a resident. After leaving residential treatment and reconnecting with his community, he found his way back to The GateHouse as a counselor helping those working towards their own recovery journey.

He kept serving clients and gradually worked his way up to the Executive Director role. During his tenure, Robin developed programs and policies, ran the day-to-day operations, and participated in fundraising efforts until his retirement in 2014.

“Throughout the years, I saw how The GateHouse earned its reputation for success,” Robin said. “We were well respected in the surrounding area and in the recovery community because of our team’s great work and the difference we were making in our clients’ lives.”

The GateHouse also earned respect for its focus on giving back, getting involved, and building relationships.

“We did a Christmas party each year for underprivileged children,” Robin said. “We helped with community projects—efforts to clean up the community, for example, and other programs. Wherever we could contribute. I think those relationships and our involvement with the community played a big part in making the program what it is today.”

Robin dedicated his career to The GateHouse not only because the organization taught him how to live life in recovery, but because it allowed him to build and sustain a career with the purpose of helping others.

In particular, he considers The GateHouse’s staff development program a contributing factor to his own success in recovery and in life.

“While I was an employee at The GateHouse, I earned my master’s degree with tuition reimbursement as a part of the staff development program,” Robin said. “I also got my counselor’s license. Both had a big impact on me professionally, and I know the program has done the same for others as well.”

Mentor, Leader, and the Face of The GateHouse for Two Decades: Bruce Caldwell

Mentorship is a powerful tool for supporting and encouraging others. This is especially true in recovery. For anyone beginning their recovery journey, the best mentors are those who’ve experienced their own struggles with substance abuse and managed to find their way to recovery and, ultimately, a better life.

Bruce Caldwell was this type of mentor to Robin Skiles—and to countless others as well. Bruce directly preceded him in the Executive Director role at The GateHouse and went on to serve as Robin’s mentor in both work and life.

After his own battle with substance abuse disorder and recovery, Bruce joined The GateHouse as an entry-level resident manager and eventually advanced to the role of Executive Director. Bruce died in December 2016, leaving behind a 23-year legacy with The GateHouse and the recovery community.

“Bruce was The GateHouse,” Robin said. “He was known throughout the state as a leader in the drug and alcohol treatment field. He always asked everyone around him, ‘Are you all right?’ He was a big personality and just a caring, down-to-earth guy.”

The strong foundation that Robin, Bruce, and other members of our team and community have cemented over the past five decades is why we have the privilege of serving families, individuals, and our community for the past 50 years. It has been an incredible journey. With the foundation these men created, we believe we will stay in a position to continue to help individuals and families find recovery. We are honored to carry and continue their legacy and vision.

The GateHouse is Central Pennsylvania’s leader in accredited addiction recovery care, recognizing the unique challenges individuals face on their journey to recovery. For 50 years, we have helped individuals in our community restore their lives and rediscover the strength of the human spirit.

We provide each client with a support system that helps them break the cycle of substance abuse disorder and put them on the path to recovery. The GateHouse is here for you, whether you need outpatient support, transitional living conditions, or residential treatment programs. Reach out to us today!