The GateHouse Turns 50: an Anniversary Story with Denyse Glover 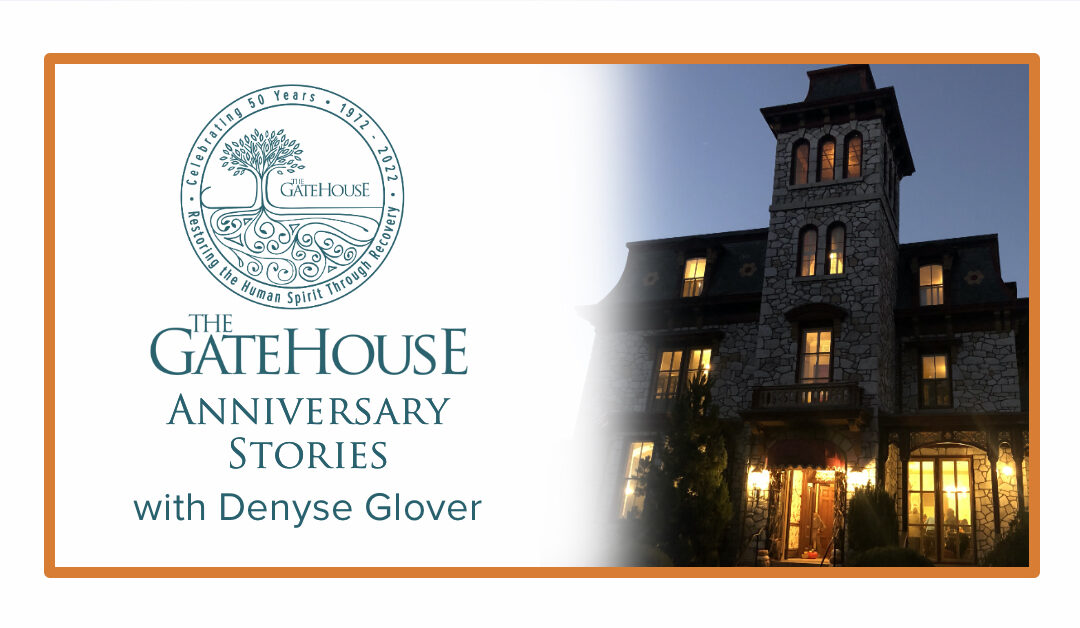 As The GateHouse celebrates its 50th year of offering people a meaningful path to recovery, we’re highlighting the experiences of a few of our alums and sharing some of their stories.

Denyse Glover Arrived at The GateHouse at a Crucial Turning Point 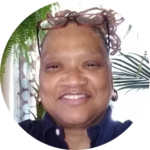 After being clean for 14 years, Denyse relapsed and found herself at The GateHouse for women. She came determined to do things differently this time.

Today, Denyse is very open about the fact that her time at The GateHouse wasn’t always easy.

“I think that had to do a lot with my steel rebellion,” she said.  “Up until that point, it was difficult for me to cope with life’s ups and downs. I couldn’t handle my emotions and believed I was going to die if I felt some of the things I needed to feel.”

She also wasn’t entirely sold on attending AA and NA meetings — staples of The GateHouse’s 12-step recovery program — and it was initially difficult for her to relate to the experiences being shared by others in her group.

“I wasn’t the nicest client at first,” she said with a chuckle.

A GateHouse Counselor Helped Bring Her Wall Down

Despite her rocky start, Denyse slowly began to accept The GateHouse community. She credits one person, in particular, with helping her get past her early resistance — her GateHouse counselor.

Not that it was always smooth sailing. As a black woman, Denyse was initially suspicious of her counselor, who was white. But with time, this hesitancy faded. As it became clear how deeply her counselor cared for her as a person, they built a meaningful relationship based on trust and understanding.

Denyse tells the story of a particular Saturday at The GateHouse with her counselor. When Denyse felt stuck, or “jammed up,” as she describes it, she would blow up balloons and then let the air escape. Watching the balloon release this air was therapeutic for her.

On this day, however, a GateHouse staff member began complaining that Denyse’s “balloon therapy” was making a mess. That’s when her counselor stepped in.

Denyse’s counselor told the staff member to let her continue to use the balloons, assuring them that Denyse would keep the space clean.

“She allowed me to make mistakes which brought my wall down,” Denyse explains.

Denyse’s relationship with her counselor continued even after Denyse left The GateHouse, and she remained in touch with her until her passing.

“I loved her, and I knew she loved me unconditionally,” Denyse said. “I felt so sad that the fellowship and the recovery community lost a good one. That was a heavy loss for me.”

A Restored Sense of Humanity

Beyond the relationship with her counselor, Denyse emphasized how The GateHouse program provided her with a critical sense of ownership in her recovery process. During her time at The GateHouse, Denyse focused on developing a more effective decision-making process and learning how to ask for what she needed. This became a crucial part of her ongoing recovery.

As an example, Denyse recalled a day at The GateHouse when she had trouble recalling words during a meeting. Years of substance abuse had made it difficult for her to remember words and phrases. She knew she needed a dictionary to help expand her vocabulary again, so she asked for one. While it may sound like a simple request, it’s one she would not have made prior to her time at The GateHouse.

“They allowed me to go down to the local K-Mart and get a dictionary,” she said. “I still have that dictionary today. I don’t know if I had been anywhere else if I would have been able to ask for this.”

Denyse says that experiences like these helped restore a sense of humanity within her. “They allowed me to be me,” she explained.

Denyse credits The GateHouse with giving her the foundation to sustain recovery, and she remains in touch with many people she met during her time here.

“So many different people helped me grow,” she says. “These are people who have become family.”

In addition to the relationships, the tools she learned helped her reconnect with other individuals in her life, like her daughter. She says recovery has helped her gain perspective on how to build and maintain relationships with people in her life, even the not-so-easy ones.

When asked about the most important skills she learned at The GateHouse, Denyse was quick to answer: “Love, stability, expansion, and acceptability. The sky’s the limit. Just one day at a time.”

The GateHouse is Central Pennsylvania’s leader in accredited substance recovery care, recognizing the unique challenges individuals face on their journey to recovery. For 50 years, we have helped individuals in our community restore their lives and rediscover the strength of the human spirit.

We provide each client with a support system that helps them break the cycle of substance abuse disorder and put them on the path to recovery. The GateHouse is here for you, whether you need outpatient support, transitional living conditions, or residential treatment programs. Reach out to us today!