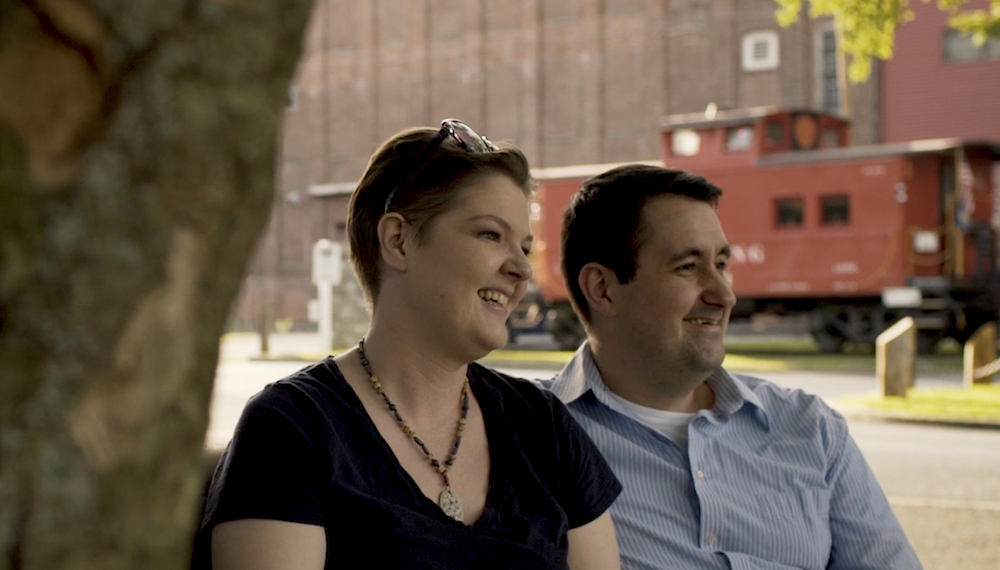 Tim’s Story: Overcoming Addiction and Helping Others in Recovery

“Although I knew the amount I was using was lethal, that thought wasn’t scary enough to stop me.”
Tim G., Counselor at The GateHouse

Many would never assume that Tim has struggled with addiction.

Currently a Counselor at The GateHouse and pursuing a degree in social work, Tim now lives an incredible life with an amazing wife and a career he loves.

But his story didn’t start out that way.

Where it All Began

Tim grew up in the small town of Fairfield, PA, about two hours west of Lancaster. Like many teenager’s stories, his began drinking socially at parties with his friends. It didn’t take him long to realize that drinking made him feel as though he could connect with anyone and overcome his lifelong self-esteem issues.

By his mid-twenties, he started using drugs and alcohol recreationally, but, like many people in recovery, he eventually couldn’t stop.

Living with someone who shared copious amounts of prescribed narcotics made it even easier for him to slip into addiction. Soon, all of his relationships began to fall apart because he was too ashamed of what he was doing to connect with the people to whom he was once so close.

“You are having an internal battle between your desperate desire to be healthy and this other force within you that is not allowing that to happen, he said.

After recognizing how much danger he was in, his family helped him get into rehab. For the first time in years, Tim was sober, his thoughts were clear, and things were going well. Before coming to The GateHouse, he had been in a treatment facility that felt stale. It was a very clinical, brick building in the middle of nowhere, so transitioning to The GateHouse was a much-needed change.

“The Gatehouse was a home,” he said. “The people there welcomed me, supported me, offered me help and they didn’t seem to want anything in return.”

Early on in his recovery, Tim reminisced when he heard the phrase, “If you want something you’ve never had, you have to do something you’ve never done.” For Tim, that meant being okay in his own skin and rebuilding his self-worth. In the beginning of his recovery, Tim didn’t feel deserving of anything, and it was difficult for him to accept any help from others. With hard work, he was able to open up to the staff at The GateHouse, and he allowed them to help him develop and stick to a long-term recovery plan.

During Tim’s transition out of The GateHouse, he found out his dad had passed away. A traumatic event like that can dramatically set back recovery.

“This was one of the hardest times in my life, but the people who had become my support system at The GateHouse were able to give me strength and help me through this difficult time,” Tim said. “The last thing my dad said to me was that he was proud of me and knowing that I made him proud helps me through the difficult times in my recovery.”

What Made The GateHouse Different

After a three-month stay at The GateHouse for Men, Tim was able to transition into the GateHouse Transitional Living program, formerly known as REI. When asked what made The GateHouse different from other treatment facilities, he mentioned the incredible level of care and the amount of time he was able to spend in recovery.

Many people come into recovery unemployed and even homeless. Pursuing recovery in a long-term care facility allows a grace period for adding in new responsibilities of everyday living like finding a job and a secure place to live.

“The GateHouse provides resources that people can use to address the stress that comes up when you take on new responsibilities,” Tim said. “I think that has a lot to do with why this level of care is so successful and why I was so successful. Because it gave me the opportunity to balance recovery support with the regular responsibilities of everyday living.”

After treatment, on the advice of many of his counselors, Tim stayed in the Lancaster area to ensure he wouldn’t get involved with anyone back home that could hinder his recovery.

Besides working at The GateHouse, Tim is pursuing a degree in social work to better serve those in recovery.

“The work I do is the change that helped me rebuild my life,” he said. “Without the support of The GateHouse I wouldn’t have the marriage I have, the career that I have, and most importantly, I wouldn’t have the purpose that I have. I couldn’t imagine having this life when I was younger and in the depths of my addiction. Recovery gave me a purpose, and I want to help other people as much as I possibly can.”

As we participate in The Extraordinary Give–Lancaster County’s Largest Day of Giving–we hope you’ll consider supporting The GateHouse and residents like Tim. Please click here to read a little bit more about the ExtraGive and find out how you can help individuals like Tim overcome their addictions.